I am writing to ask for your help for someone I care deeply about.

Though I don’t often write in detail on my relationships, many people know that I spent most of the last 9 years in a relationship. Only a few people knew that about 6 months ago, after all we had been through, we ended it, not because we didn’t love each other but because we weren’t finding a way to make it work for us. A number somewhere in between those two knew that among the ups and downs we experienced was dealing with cancer.

3 years ago, following weeks of abdominal pain, Denver was diagnosed with colon cancer at the age of 37. The urgent recommendation was surgery. We rallied a few friends and family to pay for the procedure. The prognosis was good given his relatively young age.

Unfortunately, fate has had other ideas. 2 weeks ago, Denver received the news that not only had the cancer returned, the new tumor on his colon was pressing on his ureter causing him constant pain and which could cause him to lose his kidneys, and even worse, the cancer had in fact spread to his lungs.

Denver is undergoing an emergency procedure to deal with the kidney situation and his friends are helping him raise funds to go for further treatment in Mexico. I am hoping that you will chip in whether you know him or not.

For those of you that don’t, I want to share the kind of person Denver is.

Denver has a daughter, Destiny-Joye, who is, quite literally, the love of his life and his pride and joy. Even though he split from her mother when she was young, and didn’t have custody of her, and even though his work as a touring musician had him travelling a lot, Denver never missed a beat in taking care of her. He has always strived to ensure that, no matter what, she has a better life. Destiny now lives in New York with her mother, which has torn Denver in half.

Denver is the most talented musical soul I have ever met. He lives and breathes music and hears it in everything. From his childhood, through his days at Alpha Boys, to becoming Jamaica’s leading percussionist, to writing and producing for other artistes, to building his own career as a singer-songwriter, music has been the driving force in Denver’s life. All he has ever wanted is to create music and share it with the world.

Those of you that believe in God say he doesn’t give you more than you can bear. Also said by many is what doesn’t kill you makes you stronger. Few people have lived through what Denver has. From a difficult childhood, running away and living on the streets, broken heart and families, and health challenges, he hasn’t given up. His faith and beliefs plus his love for life have held him together when others would have fallen apart.

Despite, or maybe because of, his rough younger years, Denver has a true heart of gold. Always looking out for people in need of help, even when he doesn’t really have enough to share. This is the man who will stop to help someone on the street, whether broken and bleeding from an accident, or a cold and crying child sleeping outside a gas station (both true stories). Part of his dream has always been to be able to help children who have no home and no family.

Many people hoard their knowledge and experience for fear of being replaced. But this is not who Denver is. He has always sought to share everything he knows about music and percussion with those who want to learn. There are few who can say they have interacted with him and not learned including about broader life and principles.

In recent years, Denver began publicly sharing his story and the lessons he has learnt with others, especially school children. Through motivational talks in schools across the island, Denver was giving back in the simplest of ways — showing children that they have value and that there is always a way to be more.

So while you may not have had the chance to know him well while we were together, I hope you understand that this man, with whom I’ve shared what feels like a lifetime, is not just ordinary. What I have written here is only a small part of who he his.

I am asking that each of you who read this donate what you can to help him battle this latest obstacle. When you have done that, please share this or my post on Facebook with your friends and family to help save the life of this man who remains special to me. 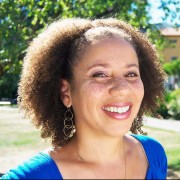